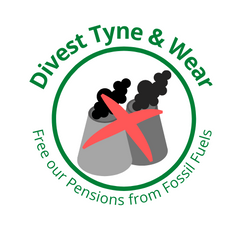 Divest Tyne & Wear is a campaign by local citizens to end investment in fossil fuels by local councils and organisations to fund pensions. We are requesting they:

How you can get involved

What does “divestment” mean?

It’s the opposite of investment and means primarily getting rid of stocks, bonds or investment funds that are unethical and damaging the environment. The shift to alternative energy sources and electric vehicles means that it does not make financial sense to invest in something that is being phased out!

Which other organisations are divesting?

Waltham Forest is expected to be fully divested by April 2022, within six years of committing to divest. They surveyed divestment opportunities in 2017 and 2018, with the first transfers of money in 2018 and 2019. They appointed three new managers tasked with identifying emerging markets where investments could be transferred to stocks with minimal carbon footprints. It can be done!

In addition, 36 councils have already passed motions in support of divestment by their pension fund.

Six local authorities in our area use council tax income to support their pension schemes. Together they are accountable for Tyne & Wear Pension Fund decisions – they are South Tyneside, Sunderland, Gateshead, North Tyneside, Newcastle and Northumberland councils. As of March 2021, there are over 167,000 members of the pension scheme, many of who are unwittingly contributing to or profiting from climate change.

All six councils have declared a climate emergency and each has made public commitments on their websites.

We are implementing strategies that will bring about real change.

The Climate Emergency declaration made the commitment to create a new Climate Change Strategy with the aim of achieving Net Zero status by 2030.”

“We are committed to tackling climate change and have vowed to half our carbon footprint by 2025 and make Northumberland a carbon neutral county by 2030. But we can't do it alone. We need everyone in Northumberland to play their part and do their bit.”

We will publish an action plan of the steps we will take and the national investment we will seek to make North Tyneside carbon net-zero by 2030.”

We are committed to being carbon neutral by 2030.

In response to the climate change emergency declared in 2019, we are committed to:

Sunderland declared a climate emergency in 2019.

"Our Climate Emergency Declaration is our city's statement of environment improvement intent, and we hope people will help us to achieve its long term aims."

The commitments outlined in the Declaration were announced at full council in March, and support the Council's ambition to have a net zero carbon footprint by 2030 and achieve its long-term aim of creating a 'greener and cleaner' living environment for all its residents 20 years ahead of the UK National target.

More than three hundred other local organisations also use the scheme, including

How much is invested in fossil fuels?

The divestment team is also currently busy campaigning by engaging decision makers and garnering public support. Keep in touch with the latest by visiting our Facebook page

The earth has warmed and cooled for hundreds and thousands of years but today, scientific research tells us that it’s warming at a rate that’s never been seen before. Fossil fuels like coal, oil and gas that we’ve been using for hundreds of years produce a gas called carbon dioxide. This gas traps the heat from the sun leading to the Greenhouse Effect.

The Greenhouse Effect means that instead of sun rays coming down to the earth and leaving later through our atmosphere they instead get trapped, meaning that the earth keeps getting warmer. 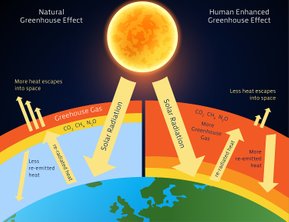 So our use of fuels like oil and coal has changed the natural way the earth warms and cools. This means that we need to change the way that we use fossil fuels in order to limit the warming of the planet. We’ve already seen the earth warm by more than one degree over the past few hundred years, and while that may sound like a good thing in some parts of the world, it’s actually pretty dangerous.

Warming can lead to all kinds of natural disasters including storms, floods, heatwaves, and droughts. In fact, even the warming we’re already seeing today has led to seas rising across the world. That’s why scientists say that we have to keep climate change to well below 2 degrees of warming by the end of this century, in order to have a chance of responding to the consequences of climate change.

So Where Do Pensions Come In?

If we can cut the amount of fossil fuels that we use and do it quickly, we may just be able to limit or even stop the damage caused by climate change. And one way to do this is through our pension funds.

It’s our money that buys corporate bonds and shares in companies producing fossil fuels like coal and oil even when alternatives like renewable energy are available. And even if we start turning off the lights when we’re not at home, or clean energy replaces fossil fuels at an even faster rate, our pension funds may continue to support these companies. 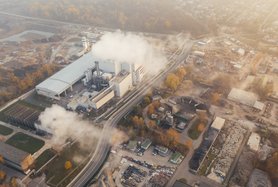 “Climate change is a tragedy on the horizon for the planet

Mike Carney, former Governor of the Bank Of England

“Climate change is one of the single biggest challenges facing development, and we need to assume the moral responsibility to take action on behalf of future generations, especially the poorest” 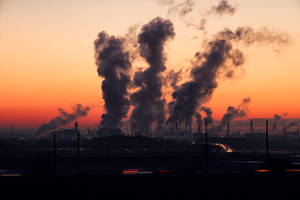 The UK Government said in December 2016 that “70-75 percent of known fossil fuels would have to be left unused in order to have a 50% chance of limiting global temperature rise to below 2°C”.

The Governor of the Bank of England has said that the action needed to keep to a 2 degree goal “would render the vast majority of existing reserves “stranded” – oil, gas and coal that will be literally unburnable”. Yet, fossil fuel companies are actively drilling for NEW reserves of coal, oil and gas over and above existing reserves; their actions are completely compatible with staying within 2 degrees

Pensions are for our future security. Climate change is one of the biggest threats to that security. On ethical grounds, pension funds should not invest in companies that are making climate change worse. 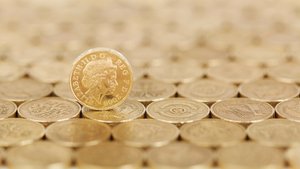 Pension fund boards have a “fiduciary duty” – to act in the best interests of the funds beneficiaries. This section sets out how “best interests” means pension funds now need to assess and act on climate risks.

Increasingly, Governments are taking stronger action on climate change. There are bumps in the road, but the direction of travel is one-way: action will increase. More and more fossil fuel “assets” will become stranded as Governments legislate on climate change and raise the price of carbon. The Paris Agreement in December 2015 is the clearest signal yet.

The Governor of the Bank of England is just the latest in a long line of financial heavyweights noting the increasing risk that fossil fuel companies are overvalued, in a world where greater action on climate is inevitable. As yet these risks have not yet been properly assessed or priced by financial regulators or the fossil fuel companies. 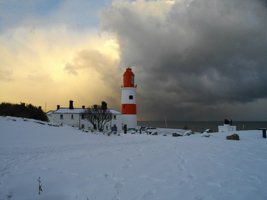 South Tyneside Council has already accepted that climate change poses a significant hazard to our community. In 2019, the climate emergency motion was passed at full council. In short, this commits the council to become carbon neutral by 2030, and

using the Council's advocacy role to influence actions that promote carbon reductions, across all our communities and the region.

Climate change will affect us all in South Tyneside. Our borough is hugged by the North Sea and the River Tyne, this means flooding is a real risk. Climate change will drive more severe storms and the coastal erosion we are seeing in Marsden will continue to get worse.

Continuing to pump millions of pounds of our money into the fossil fuel industry is not just irresponsible, but is incompatible with the council's own goals and values.