In this series, we're going to be looking at South Tyneside Council - what it is, how it works, how it's funded and so on. To kick us off: a brief overview of our council 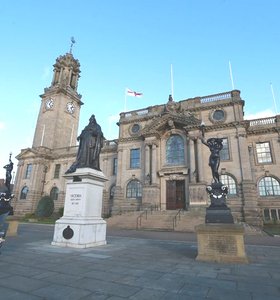 In 1986, under the 1985 Local Government Act, the Metropolitan County Councils were abolished and the majority of their functions passed to the Metropolitan Borough Councils - essentially creating just a single tier of local government.

Still with us? Great!

Because there’s only one level of local government in South Tyneside, South Tyneside Council (STC) are responsible for ALL local services, covering the areas of:

We’ll be taking a look at the roles and responsibilities of departments and councillors in upcoming articles but briefly, there are 54 councillors in South Tyneside – three for each one of the 18 wards*. They all receive an allowance for what they do but they don’t get a wage. Each councillor is voted in for a 4-year term then has to put themselves forward for re-election or retire – as long as they continue to be a councillor, they remain on the council.